A little girl I know has a birthday coming up...

I'd like to make a cupcake "birthday cake" for our family party. 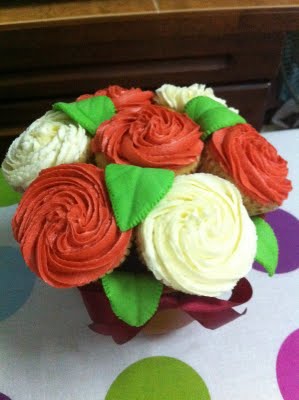 This cupcake flowerpot idea is so pretty.  A styrofoam ball sits inside the flowerpot and the cupcakes are each attached with two toothpicks.

Here's the other idea with the directions below. 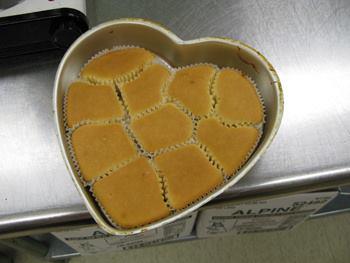 To create easy to decorate pull-apart cupcake cakes, place the liners into shaped pans. Then, pour the cupcake batter in and bake. The cupcakes will conform to the pan and create different shaped cupcakes that are still easy to separate.

Email ThisBlogThis!Share to TwitterShare to FacebookShare to Pinterest
Labels: cake

# 90 Reflections in the Potato Patch

There are two kinds of cooks.

Most of us
are the first kind.

We pick
the quickest route,
the safest route.

We enjoy the journey
and are pleased
when we reach our destination.

The second kind of cook throws away the map,
and eagerly anticipates
the challenge
and the hurdles that must be overcome.

The route picked is unfamiliar,
with twists and bends and all kinds of complications
and unexpected surprises.

The journey may end in celebration
or
in disaster.

This cook doesn't really care.
This cook is already thinking of the next
adventure.

Which kind of cook are you? 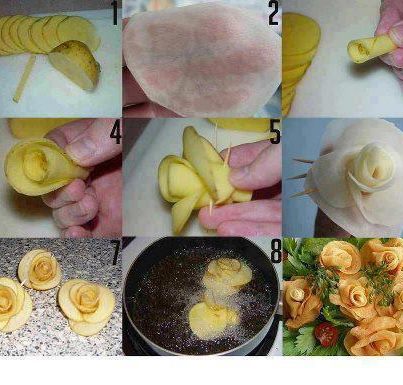 Posted by Maggie at 3:00 AM No comments:

Email ThisBlogThis!Share to TwitterShare to FacebookShare to Pinterest
Labels: reflections

Isn't this just the cutest veggie idea?  Kids would love making (and eating) these little flowers.

Lilly at Recipe By Photo searches out and presents food ideas and recipes in photo form - a picture's worth a thousand words!

We've all seen the idea for putting ONE marble into a muffin tin to make the muffin or cupcake heart-shaped.  This is the first time I've seen this idea extended.  Use THREE marbles to make a shamrock.

And, thinking ahead to spring and Easter, these little Cinnabunnies are irresistible - a great weekend kid project.

I feel the need to chop down a tree. 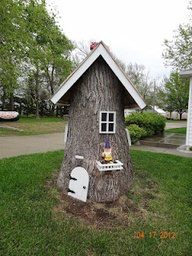 A very inappropriate comment from a Canadian prairie girl, but how can you resist these little tree houses? 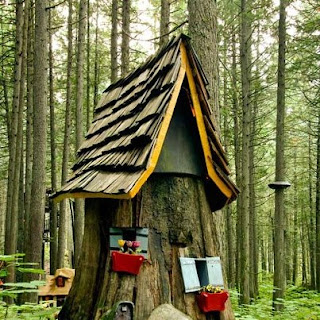 I NEED a tree house.  Where's my axe?

Seriously, however, I think I will do these next two projects.  This rock gave me a giggle. 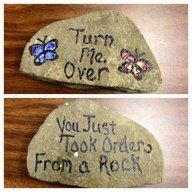 And this mailbox idea! Brilliant!  I like to keep my gardening tools handy.  In past years, I've used a pail, but unless I remember to tuck it under something, rain water (and rust) become an issue.  This mailbox would totally do the trick - everything handy and everything dry. 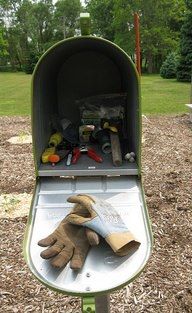 Email ThisBlogThis!Share to TwitterShare to FacebookShare to Pinterest
Labels: gardening


It has been brought to my attention (Thank you, Grandma Kc!!) that I may have confused you the other day when I used the term puddle-duck...

I can only excuse myself by saying that I was feeling particularly mellow after a wonderful family weekend of company and an especially good brunch of cornmeal pancakes.

Anyway, to clear up any confusion, here's what "puddle-duck" means.  It truly is a great expression!  Here's how I used it.

..."This morning, we had a late brunchie breakfast after puddle-ducking around in our jammies. (That's the best part of a long weekend!!)"...

You probably get the general drift of how we spent most of the morning lounging around and chatting, having a second (or third!) cup of coffee, etc.

"Laze around" would probably be the best substitute...

laze |leɪz|
verb [ intrans. ]
spend time in a relaxed, lazy manner : she spent the day at home, reading the papers and generally lazing around.

If "puddle-duck" had not popped into my head, I might likely have used the expression "mulch around" but that must be Canadian as well for the only definition for that word in my dictionary is...

mulch |mʌl(t)ʃ|
noun
a material (such as decaying leaves, bark, or compost) spread around or over a plant to enrich or insulate the soil.

Note: There was definitely no mulch involved the morning we made the cornmeal pancakes! 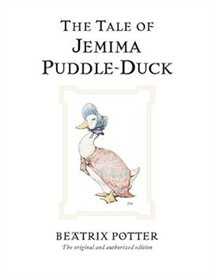 Grandma Kc's remark did leave me a little befuddled.  Where exactly did puddle-ducking come from?  It must be my British roots.  A Puddle-Duck is actually a plain old duck and we all know how they love swimming around aimlessly in circles.  Then there's Beatrix Potter's Tale of Jemima Puddle-Duck.  (We generally just think of Peter Rabbit when we think of Beatrix.)  A Puddle-Duck Racer is a kind of boat enjoyed in Britain.  Little children in the United Kingdom can take Puddle-Duck swimming lessons.  (Do only American children learn how to dog paddle?)

Anyway, Grandma Kc, I'm a little tongue-tied now, so I'll mention in advance some other British expressions I've been known to use on occasion:

..."Oh, a man on a galloping horse..." - what my mother would say if I wondered someone would notice something slightly crooked, shabby or not perfect.  After all, if a man is galloping by on a horse, he's not going to be able to see ANYTHING closely!

..."six of one, half a dozen of another" - what I would say (as a mother) to my own kids.  It doesn't really matter WHICH one you pick! They're both the same! It doesn't make a difference.

Enough said!  Isn't language wonderful?  Have a great day, everyone! 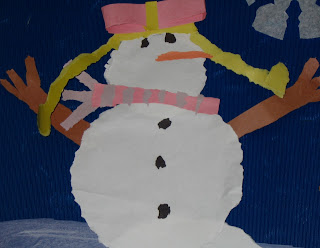 As a teacher, one of the subjects I truly enjoyed was art class.  It was a subject that took a lot of organization, pre-planning and usually left me exhausted by the end of the afternoon, but it was full of "Aha!" moments that made it all worthwhile.

Art is NOT about the end product.  It's all about the process, exploration and problem solving and it shouldn't be a "school only" type of thing.  Kids need some basic art materials just as much as books and toys.

There are some great art teacher websites on the Internet that parents would find just as useful as teachers.  They feature kid-tested projects for children from kindergarten to grade six, have clear directions and wonderful photographs of children's art.

Three teachers I particularly admire are:

Hope these websites give you some great ideas!

Today is Family Day in Alberta and some of our kids gravitated "home" for part or all of the weekend. Always good to see them and have some great talks around the table.

This morning, we had a late brunchie breakfast after puddle-ducking around in our jammies. (That's the best part of a long weekend!!)

For some time I've wanted to try Ree Drummond's cornmeal pancakes.  Wow!  I'm glad I did.  I loved the texture of these little pancakes  - a tasty twist on your classic pancake recipe.

If you haven't visited Ree's website, The Pioneer Woman, check it out. 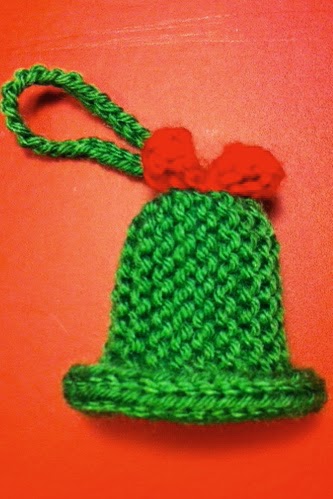